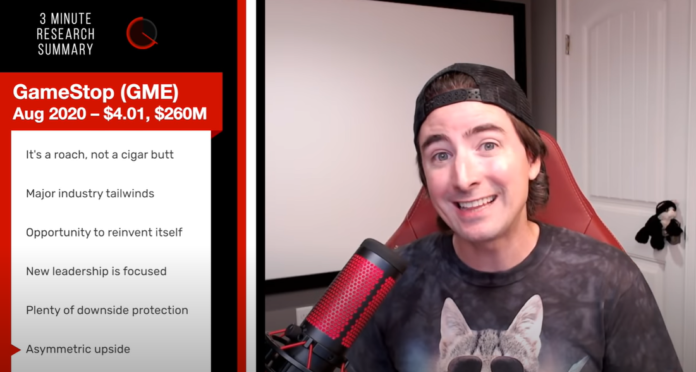 Keith Gill is making waves in the headlines once more after it was recently announced he is being sued for securities fraud over the historic GameStop short squeeze fiasco. Although at this time who is suing him, he has already hired Bradford Cohen, former lawyer for Donald Trump & Kodak Black to represent him.

Cohen put out a statement stating “This lawsuit is absolute nonsense, me and my client are quite confident the court will make the right decision in this attempted slander of Mr. Gill. As of 48 hours ago, he was diagnosed with Aspbergers meaning it is hard for him to understand social cues, such as the complexities of pumping a security, meaning he cannot be held liable.”

Gill started a brief livestream after months of inactivity following his GameStop success of him staring at the SPY 5 year chart while making strange grunts and foaming at the mouth before swiftly ending the stream.