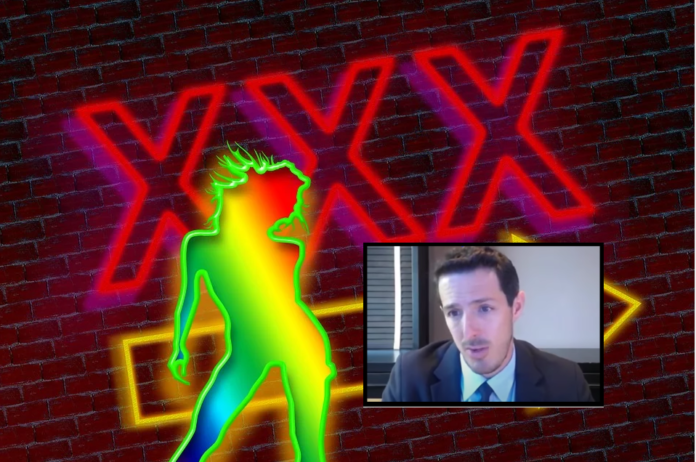 Gabe Plotkin, the doofus at Melvin Capital was seen drowning in his own tears in a third rate Gary, Indiana strip club this evening. When asked why he was drowning in his tears from a local stripper, Sarah Caitlyn, 34, one-leg, Gabe responded by saying “those darn WallStreetBets degenerates.”

“Gabe was pounding Sherley Temples and sobbing at the bar like a manic,” the one-legged stripper with a missing tooth said. “I said hey darling, want a lap dance or blowie and he just rambled on about some short squeeze. I mean he definitely looks he is crying over his small package or a recent breakup.”

When it looked like Gabe was going to pass out from too many Sherley Temples, a stripper by the name of Big Bush Better said she was going to retire tomorrow because her GameStop and AMC call options were going to the moon.

“That is when that small packaged man flipped,” Sarah stated. “I never seen anything like it. He stripped off all of his clothes and ran screeching out of the strip club like a one toothed weasel who had too many deep fried pickles.”

Plotkin was later caught defecating on a Grand Theft Auto Xbox game inside of a broken in GameStop. Gab